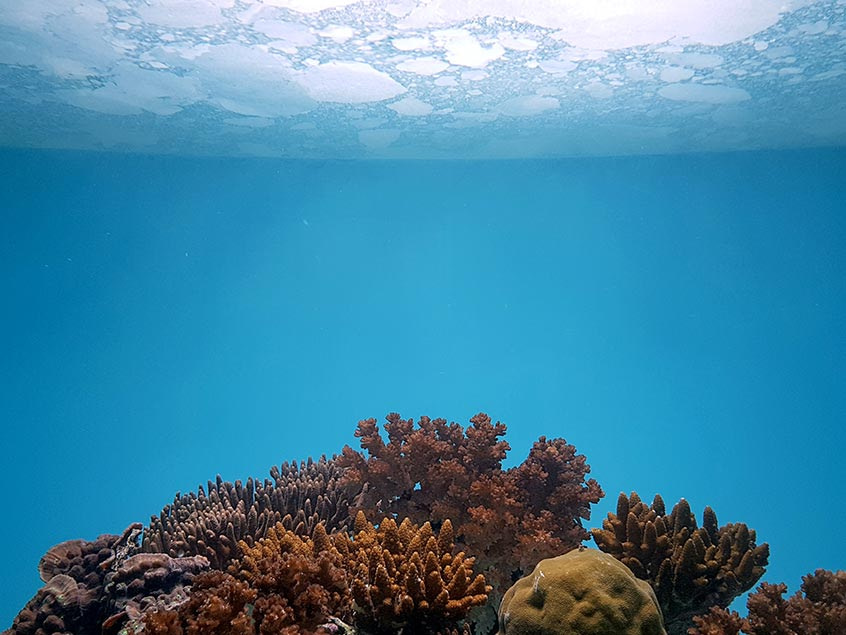 Cooling and shading, to relieve acute heat and light stress on coral reef organisms by temporarily reducing their exposure

Micro (a few metres) to small (a few hectares, a single reef)

Surface films consisting of calcium carbonate – the same material as coral skeletons – can substantially reduce the amount of light penetrating the water surface and could protect some corals from bleaching.

The reflective calcium carbonate is held at the surface by a film as thin as a molecule.

The films could be applied to individual, high-value reefs on clear, still days when bleaching conditions were at their worst.

Similar technology is currently used to prevent evaporation in reservoirs and dams, including those used for drinking water.

Feasibility tests are promising. Sea trials show the surface shield can reduce light by more than 20 percent. Large-scale aquarium studies demonstrate stability over a day, no harmful effects on corals, and protection of some species from bleaching.

The surface film need only be applied periodically (by airplane, sea vessel or automated buoy) during summer conditions when bleaching conditions are predicted, to reduce solar radiation reaching reefs and minimise coral bleaching.

Surface films could be applied by airplane, sea vessel or automated buoy.