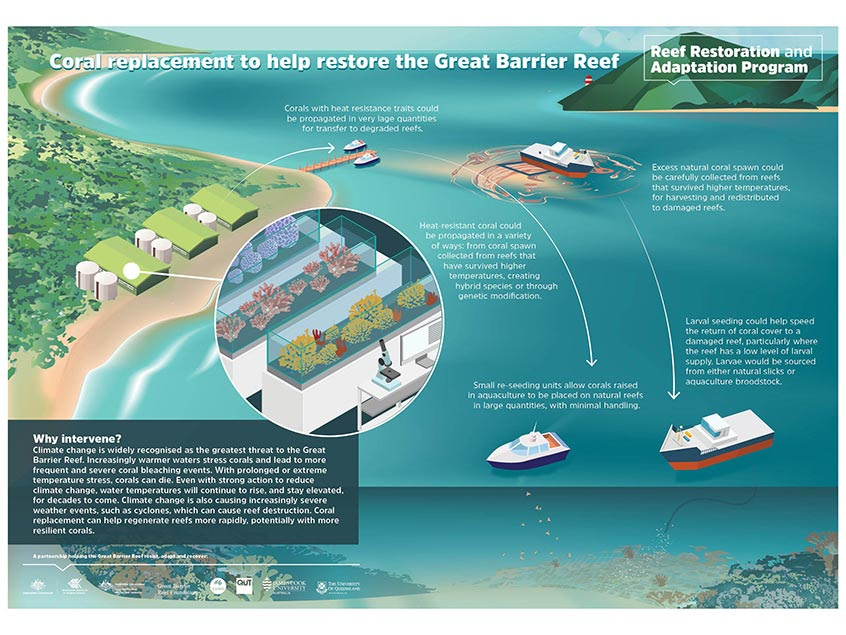 These corals could be propagated either sexually (through coral seeding) or asexually (harvesting coral fragments), using local brood stock.

This approach would amalgamate current aquaculture and automation technology with automated deployment methods.