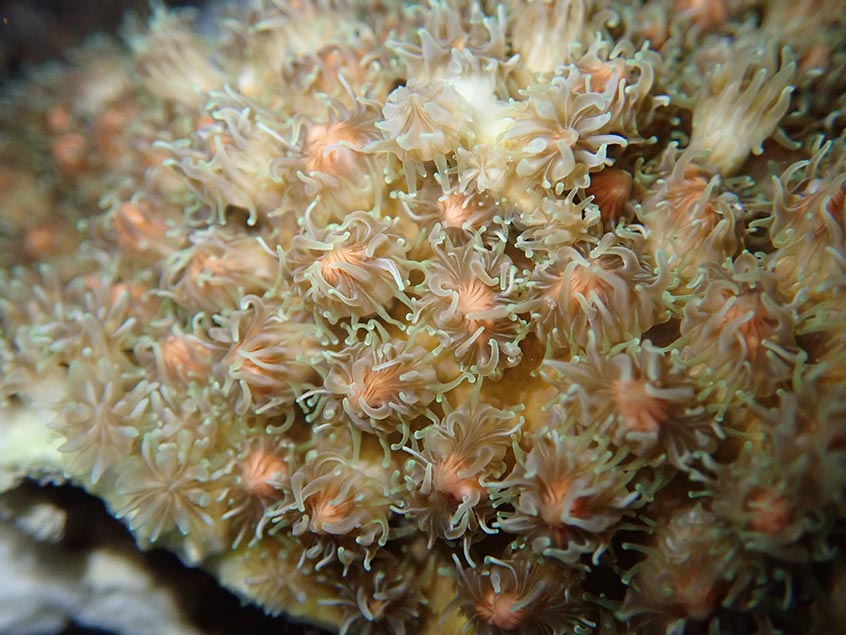 The role of genetic engineering approaches in increasing heat stress tolerance in the coral host, its resident algae and through engineering its microbiome to increase beneficial probiotics is not yet clear.

These methods seek to vastly reduce production durations (from months/years to hours/days) and deployment success (via advanced active deployment devices) to facilitate much larger deployment quantities at an affordable cost. 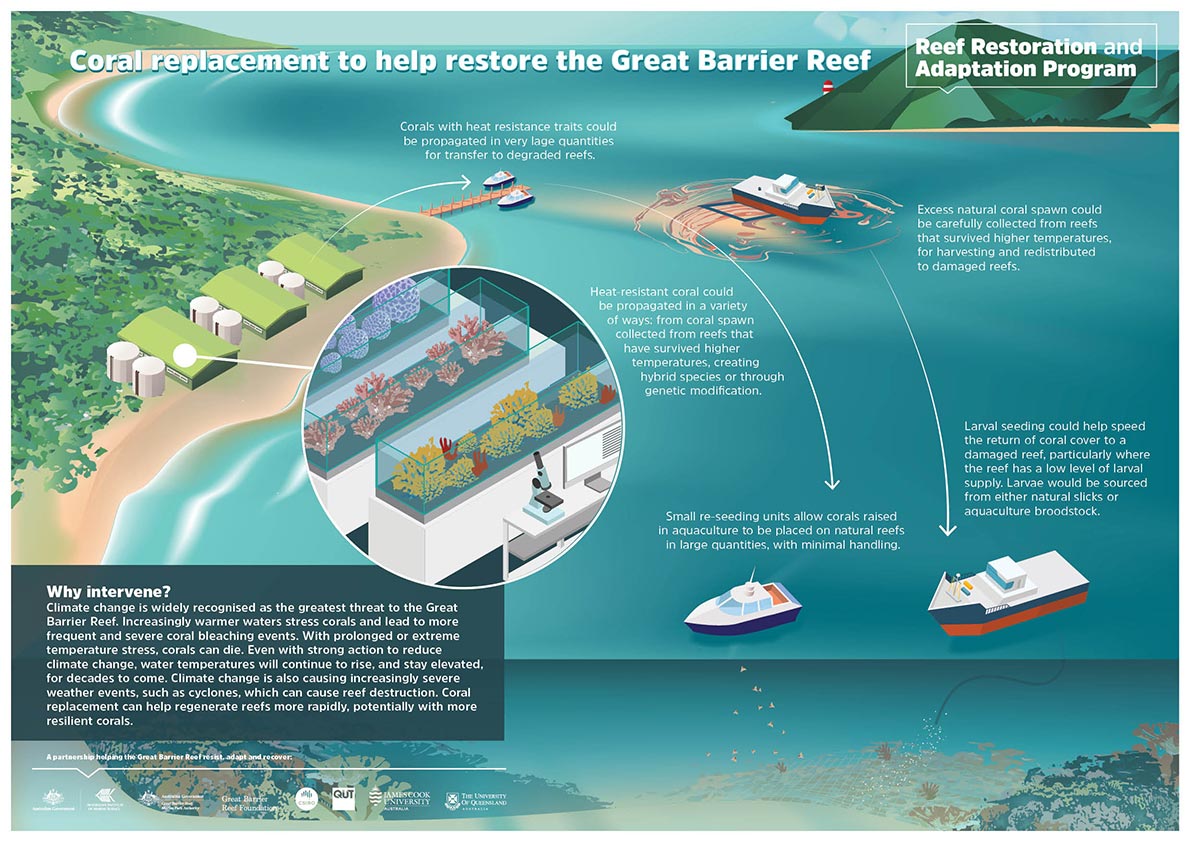