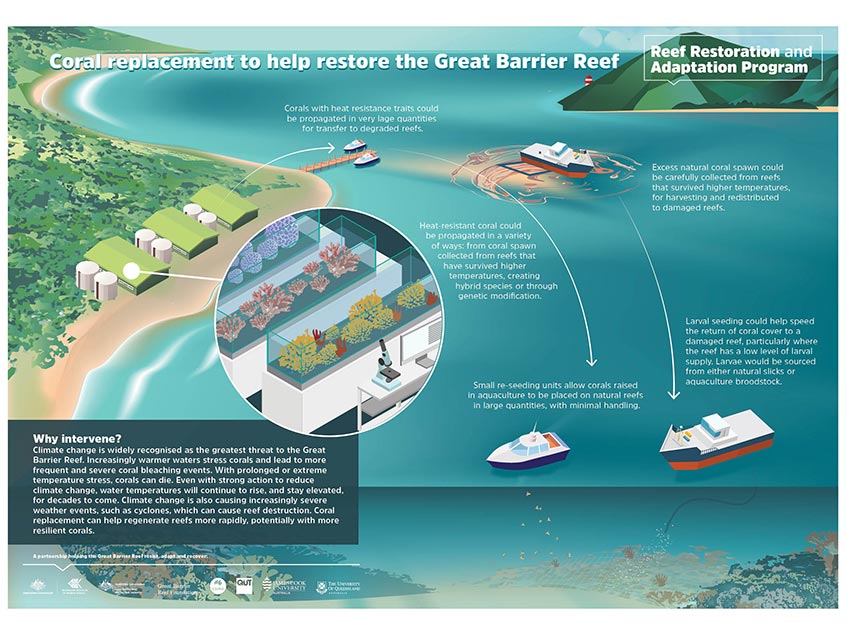 The aim is to increase the number of corals that ultimately recruit into reef populations.

A promising method of efficient dispersal is the use of small, re-seeding units that allow corals to be placed on reefs with minimal handling. This significantly reduces time spent re-locating and planting cultured corals. Millions of these units could be deployed to accelerate recovery at large scales.

This potential intervention would automate the mass production of corals in shore-based aquaculture. These corals could be propagated either sexually (through coral seeding) or asexually (harvesting coral fragments), using local brood stock.

The young corals, attached to a small device or in small fragments, would be deployment from the surface using automated systems on barges and small vessels, to seed reefs.

This approach would amalgamate current aquaculture and automation technology with automated deployment methods.