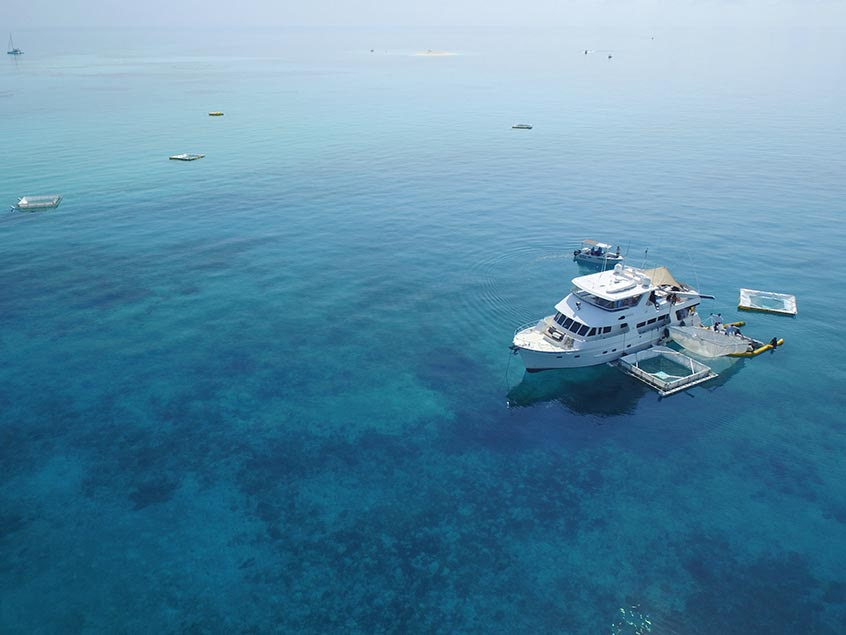 This potential intervention involves collecting natural, seasonally-produced coral spawn/larval slicks in floating enclosures and towing them short distances to adjacent, high-priority areas for release. The aim is to increase the number of corals from the spawning slick that ultimately recruit into reef populations.

This technique has been successfully trialled on small scales. 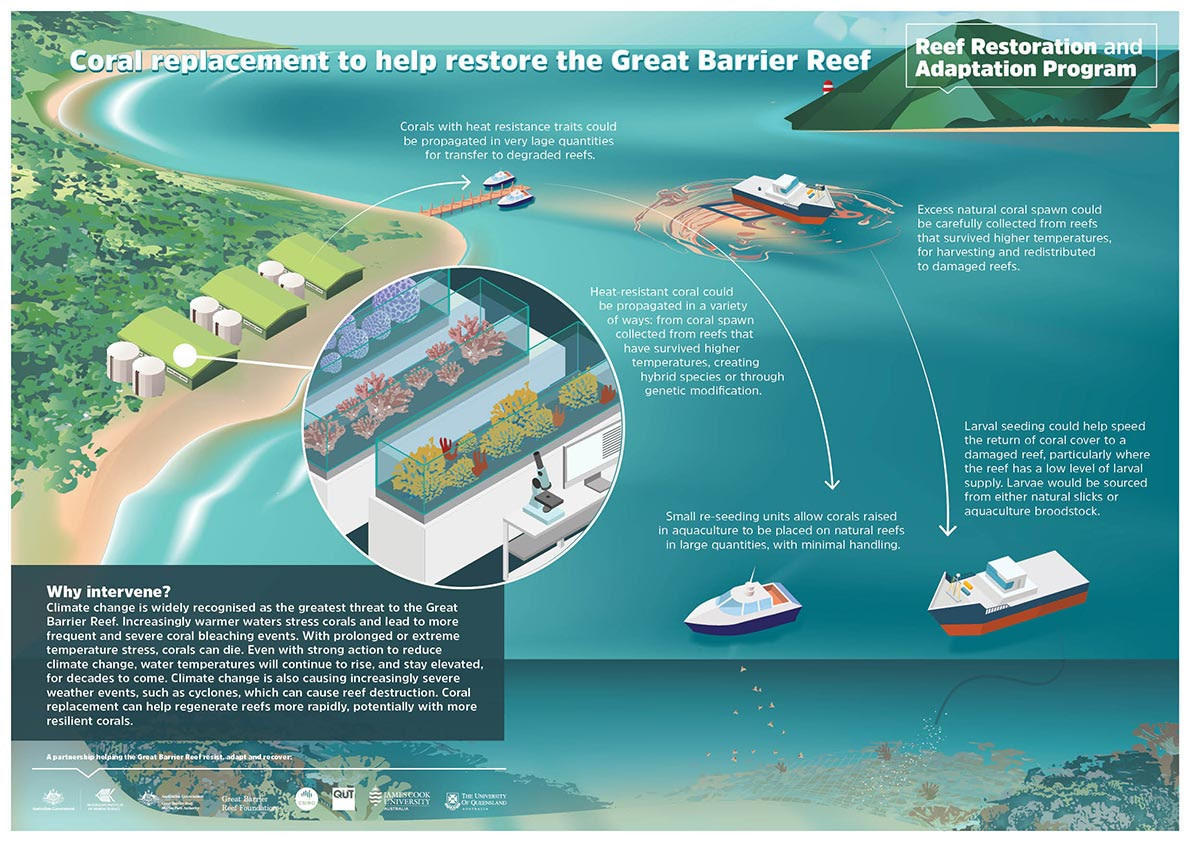