Cooling and shading, to relieve acute heat and light stress on coral reef organisms by temporarily reducing their exposure

Large (200 or more reefs, up to the whole Great Barrier Reef)

Marine cloud brightening is one of the most innovative and promising large-scale interventions being investigated by the R&D program.

Marine cloud brightening harnesses natural processes, using sea spray to increase the amount of light and heat that clouds deflect from the sun, to cool and shade the coral reef below.

Microscopic sea water droplets are sprayed into the air, creating a mild fog which deflects solar energy. It also seeds the clouds, increasing their capacity to deflect sunlight.

Similar technology – regional cloud modification – is already used around the world, including by both Snowy Mountains Hydro and Tasmania Hydro, to produce hydroelectricity.

Cloud brightening equipment is similar to that of snow-making machines, except filtered seawater is sprayed into the air, to form microscopic droplets.

The inputs are seawater and energy (which in the long term could come from renewable sources such as solar, wind or current energy). 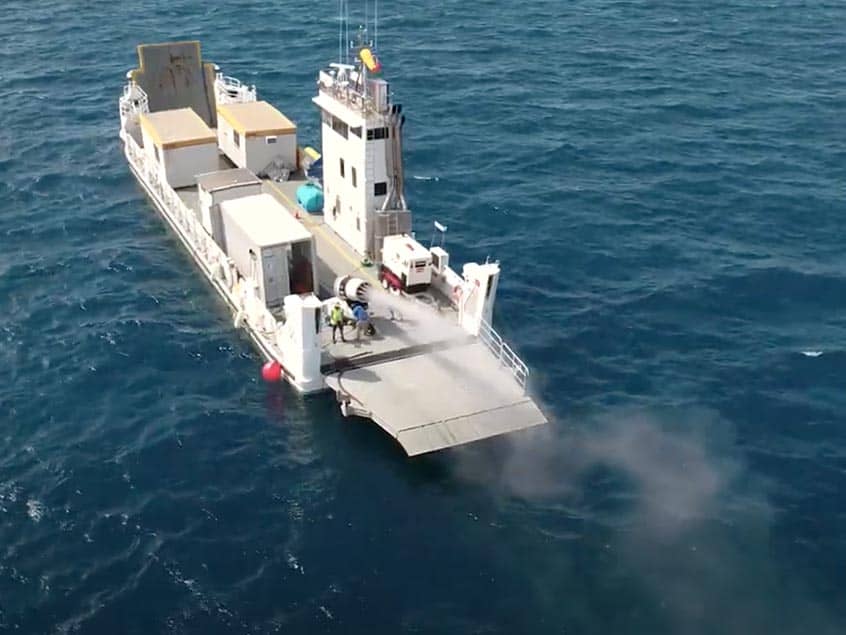 Modelling shows that to be effective, cloud brightening units would need to operate over weeks to months, lowering the temperature a little each day, when bleaching risk was high.

Potential negative effects could include influencing local weather patterns, potentially mildly suppressing rainfall over the reef and adjacent land. However, cloud brightening can be easily stopped, with no long-term impact on weather patterns.

Cloud brightening would be deployed in collaboration with other intervention methods to ensure the Reef was continuing to adapt and increase its resilience to climate change.

Cloud brightening is intended to be a temporary protective measure while global action is taken to stabilise temperature and corals on the Great Barrier Reef have built sufficient resilience to thrive in a warmer environment.

Significant feasibility, engineering and experimental work is required, and regulatory and social licence issues must be addressed, before cloud brightening could be implemented. This is expected to take around 10 years.

Cloud brightening technology will be of global interest, as it will be likely to have many applications in a warming world.