Biocontrol of species with negative impact 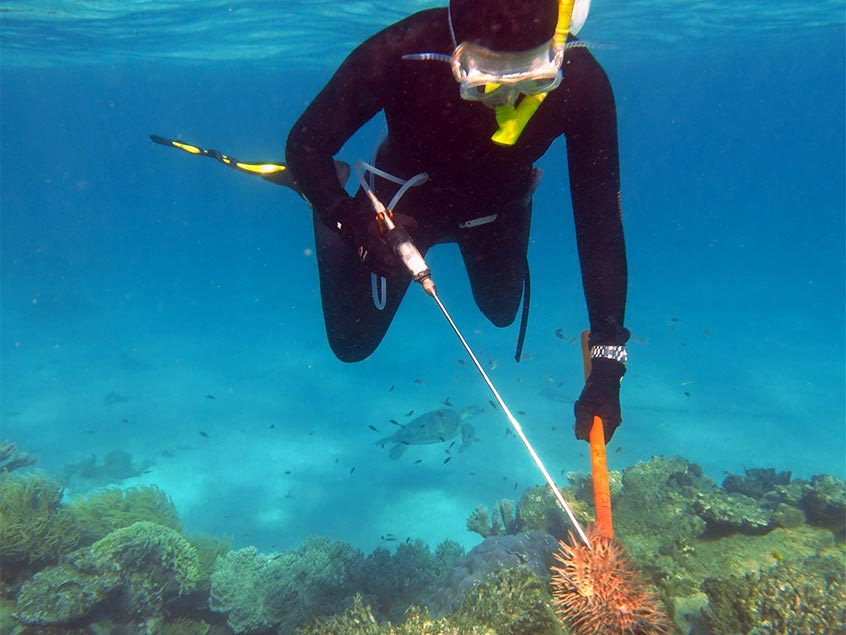 Biocontrol of species with negative impact

These starfish represent a major threat to Great Barrier Reef coral cover. Such outbreaks are believed to be exacerbated by human activity such as nutrient run-off from farming.

Modelling during the RRAP Concept Feasibility Study found intensified control of crown-of-thorns starfish will be critical to the efficacy of RRAP interventions. There is currently no method to fully prevent or arrest outbreaks, in part because juvenile starfish are difficult to detect or remove effectively using conventional means.

This is not included in the RRAP R&D Program as there are already existing research and development programs dedicated to this method of intervention. View this short video on the latest CSIRO research into crown-of-thorns starfish control.

The Drupella sea snail is another coral predator. It may be possible to control the snail population using ‘push-pull’ technology which, for example could use pheromones to attract the snails to locations where they could be removed. This technology does not currently exist and would need to be researched and developed.